This soda has been sitting in my basement for a year - since my first stop at "Minnesota's Largest Candy Store." I really did NOT like my first 2 Jic Jac sodas (Strawberry and Lemon Lime), so I was in NO hurry to try their final bottle in my stash: Blue Raspberry.

Review: Sugary, sweet, and tasty. It tasted like blue cotton candy or a melted blue raspberry Icee. It was quite sugary (possibly too sweet for some), but I enjoyed it. It was much better than their sub-par Strawberry and Lemon Lime sodas. And my son LOVED the sip that he had.

Posted by Steve Stenzel at 11:37 AM No comments:

I had to crack into this as my first bottle from our weekend trip to "Minnesota's Largest Candy Store." The bottle was too unique to pass up for too long. So the other night, I opend this root beer from Australia: 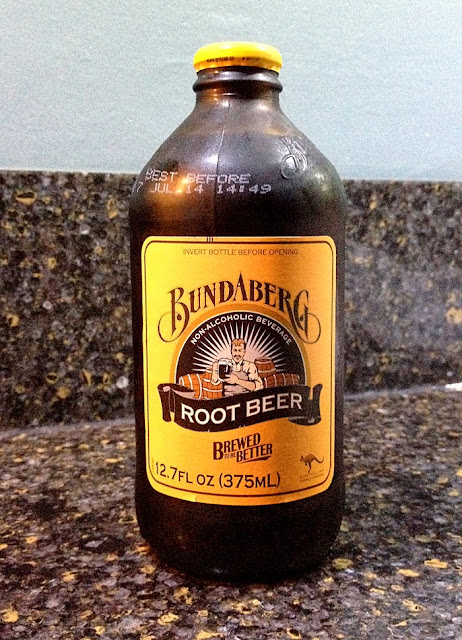 I think this was my first "brewed" root beer that wasn't just flavored (it was slightly fermented with yeast). But it wasn't that great.

Review: I really had high hopes for this. But it was just OK. It had a bit of a different flavor that I can't really pin down, but it wasn't horrible. It needed 2 things: it needed to be creamier, and it needed to be a bit less watered-down. The flavor was a decent, but just not exactly what I'm used to when I'm craving root beer, so I'll give this an "around average" score.

Posted by Steve Stenzel at 2:32 PM No comments:

Last night, my family was driving up Hwy 169 back to St. Paul from visiting family in southern Minnesota. And it's hard to miss THIS while driving through Jordan, MN:

I left with a piece of candy for my son, some Cow Tales and some "Fizzies Grape Drink" for me... 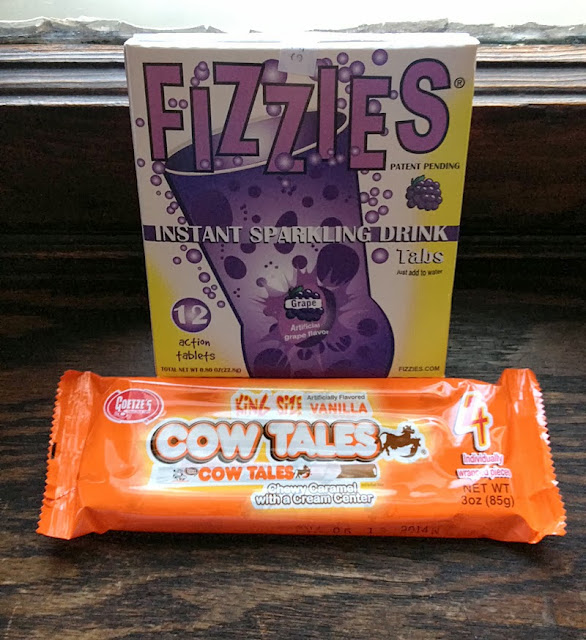 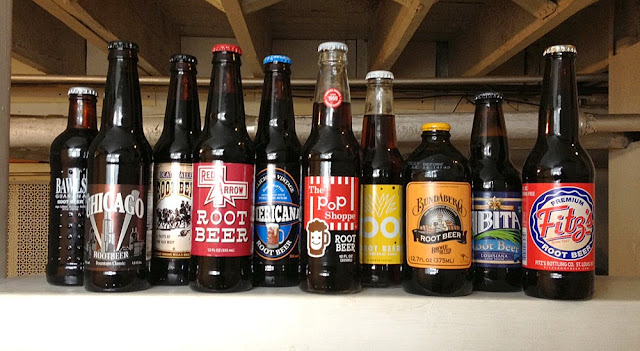 We found out that they are open until December 1st, and their hours are 9 a.m. - 7 p.m. every day. (They don't have a website and it's hard to find info on this place - the owner is older and "old school" like that.) But if people are around, they'll stay open later - we got there at 7:40 p.m. and the place was still hopping. They said they were going to be closing at 9 p.m. that night.

Check back soon for reviews of these root beers... I have one waiting in the fridge for me tonight. And check out more photos on my other blog (including photos of their "bacon" section!).

With a brand name like this, it had BETTER be good... 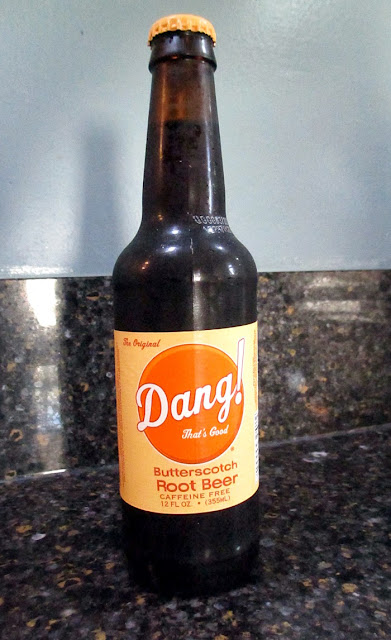 Review: This was pretty tasty. The root beer and the butterscotch flavor were both a bit subtle and smooth. If you like butterscotch and root beer (separately), I think you'll enjoy this. It's not over-powering or offensive.

Posted by Steve Stenzel at 9:42 AM No comments:

After a big day of running around with my 2 year old son, I needed something tasty during his nap... 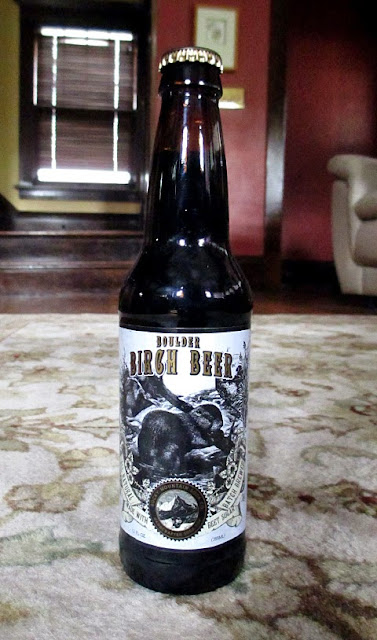 Review: This tasted surprisingly like root beer, but it was a bit more "earthy" and "woodsy." If you told me it was root beer, I'd think it was MAYBE slightly sub-par because it didn't taste like true root beer. But as a birch beer, it's not bad. It's not as good as my first birch beer, but it's still pretty good. I think need to search out more birch beers...

Posted by Steve Stenzel at 5:06 PM No comments:

So far, I'd had one pretty crappy Soda Shaq, and one that was pretty decent. It was time to try the Orange Cream: 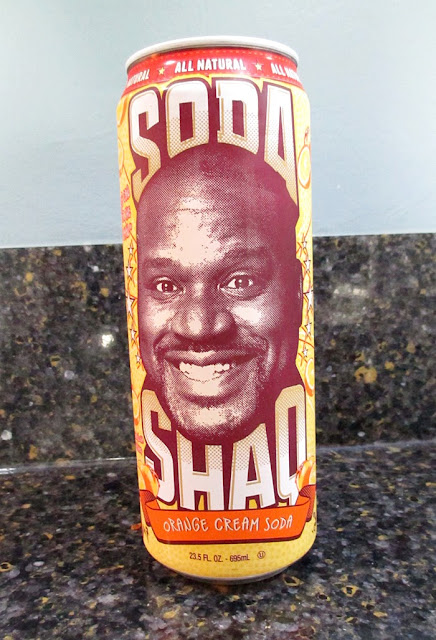 Review: Well, it was the middle of my 3 Soda Shaqs. It smelled like the orange floats I used to have at my Grandma's house, and the initial sip was pretty smooth and tasty. But 1 second later, it turned into a chemical-tasting shit storm. It was the same issue I had with Vanilla Creme Soda Shaq - it just tasted "fake." It wasn't horrible, but it was sub-par.

Posted by Steve Stenzel at 1:50 PM No comments:

This sounded refreshing over this past hot weekend: 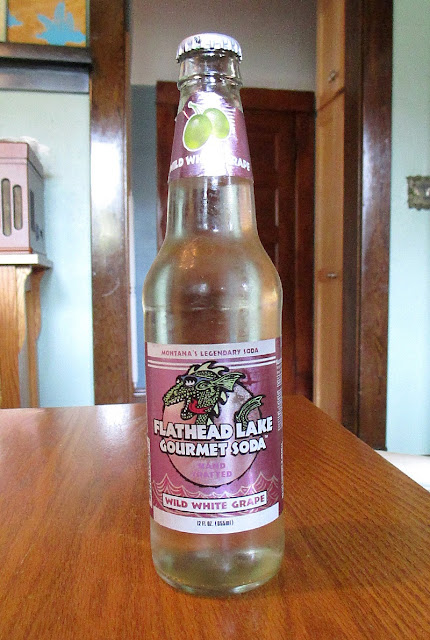 Origin: Ocean City, NJ (even though the label starts with "Montana's Legendary Soda...").

Review: Just like the first Flathead Lake soda that I tried, I was pleasantly surprised with this. It was very sweet and had a great grape flavor. This was very refreshing (and could be good with hard alcohol). I have no real complaints - it was clean and tasty!

Posted by Steve Stenzel at 7:36 AM No comments:

My son and I stopped by Lynden's Soda Fountain late last week for a treat. We'd been there twice before: once for some root beer, and once when we were invited back by the owner because the first time someone put ice in my root beer. We walked in and saw this special:

I watched the "jerk" (the name for people who work at a soda fountain) squeeze an entire lime half into my glass. And she added syrup, flavoring, and soda water.


My son actually liked the Lime Rickey as well. He took a few sips 2 different times. That surprised me a bit because it was so tart from the lime. But he liked it!

Sweetener: Simple syrup (so I'm assuming sugar, but I'm not sure and forgot to ask).

Review: Like the Root Beer and Sarsaparilla that I had at Lynden's last winter, this Black Cherry Lime Rickey was very "sharp" and "crisp." I think that must be from it being made "fresh" with soda water straight out of the soda fountain. It was a great summer drink. The lime was nice and tart. In fact, it was a bit too tart for me: ideally, it'd have half as much lime and double the syrup (you all know how I like things pretty sugary). I might go back for a Cherry Lime Rickey sometime and ask it to be made that way.

Posted by Steve Stenzel at 6:41 AM No comments:

About 9 months ago, I reviewed Boylan Root Beer and Virgil's Root Beer. I wasn't impressed by either of them, but felt I needed to try them both again. So I cracked them open head-to-head: 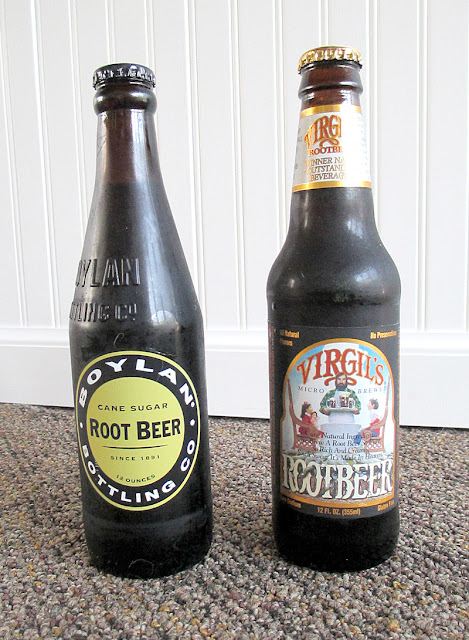 One of the things I said about Virgil's last year was that "it was SUPER creamy, but it was just missing a little something."  And I said that Boylans was "fine, but it wasn't great."  Well, after a few tastes of each the other night, I have to say that...

I think I was a little generous with a "5" rating for each last time. I would re-rank them as:

I popped the top on this and it smelled strong of creme: 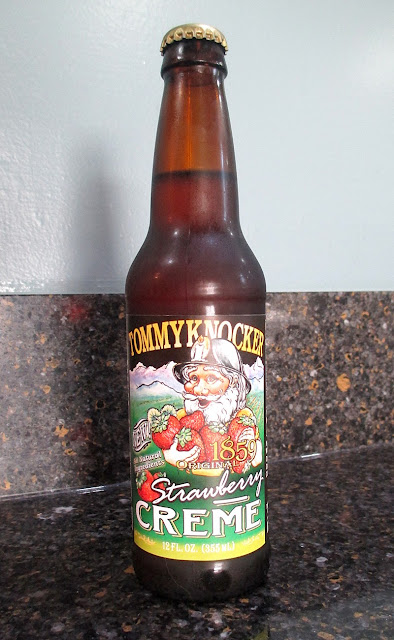 Review: Well, it tasted like it should: part strawberry, and part creme. But it was a bit of a strange combination. It was really frothy and pretty smooth, but it was just a little strange. The "strawberry" part of the flavor was OK, but the "creme" was off. Didn't care for it overall...

Posted by Steve Stenzel at 12:23 PM No comments: