I brought this to my class yesterday: 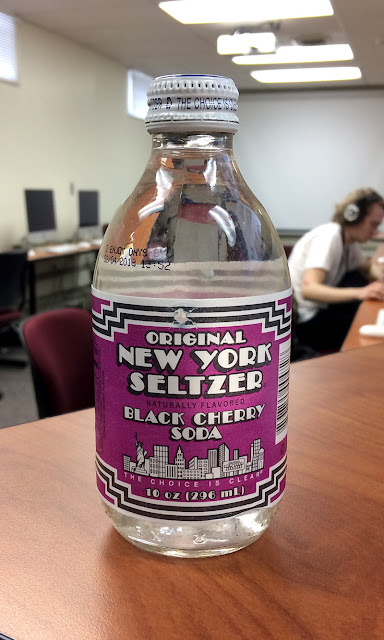 Review: So don't think that this is "soda" - it's really more of a flavored water. With 90 calories. But this was pretty good. The root beer version of this was OK, but this was a bit better. (Less weird than the root beer version.) It has a smooth black cherry flavor, and then a bit of "crispness" from the carbonated water. Not bad.

Posted by Steve Stenzel at 10:01 AM No comments:

After a race yesterday, I cracked into this: 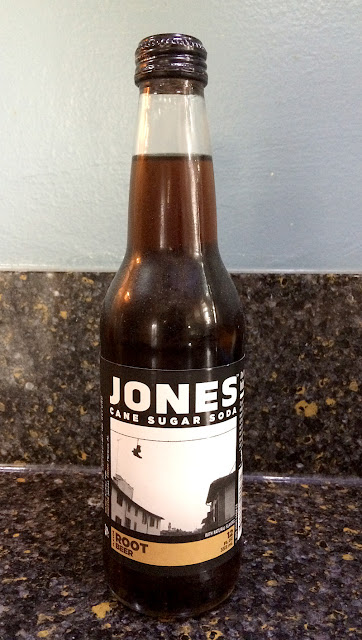 Review: The first thing that hit me was the caramel flavor - it was a very "caramel-y" root beer. It wasn't too bad. It was pretty smooth with just a little bit of a foamy head. I thought it was OK. If you really like a bit of caramel flavor, then try this for sure. But I'll give it a slightly-above-average score of 6.5.

Posted by Steve Stenzel at 10:51 PM No comments:

My kindergartener is home with some spots on his back (waiting on test results to see if it's chickenpox), so he played Legos as I enjoyed this:

Review: This had a soft, subtle flavor. It was OK, but just a little weak. And it's hard to rank on the "sharp" to "smooth" scale because each sip starts a little sharper and ends a little creamier. Not bad. Not great either. Nothing fancy. Cool label though.

Posted by Steve Stenzel at 9:18 PM No comments:

I grabbed this from Target this weekend: 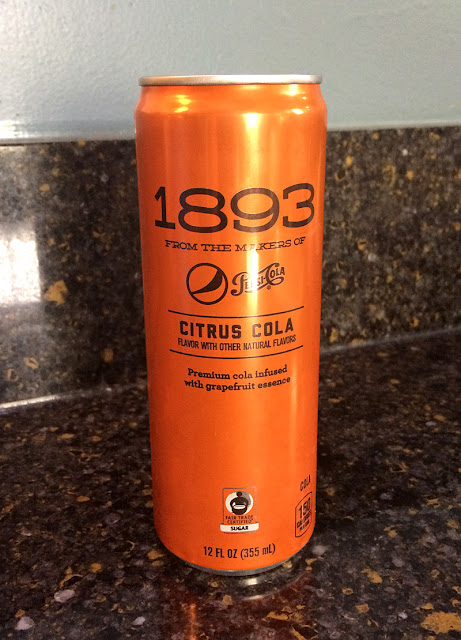 Review: I was ready for an "orange" punch, but after a sip, it was clearly a "grapefruit" flavor. And then, sure enough, I noticed that it said it was infused with "grapefruit essence." If you like grapefruit, then give this a try - the grapefruit flavor was pretty spot on. It was OK, but their plain 1893 Cola was much better.

Posted by Steve Stenzel at 12:33 PM No comments:

Here's a portrait of Michael Jackson done by Seaton Brown that was made out of 1,680 recycled soda cans: 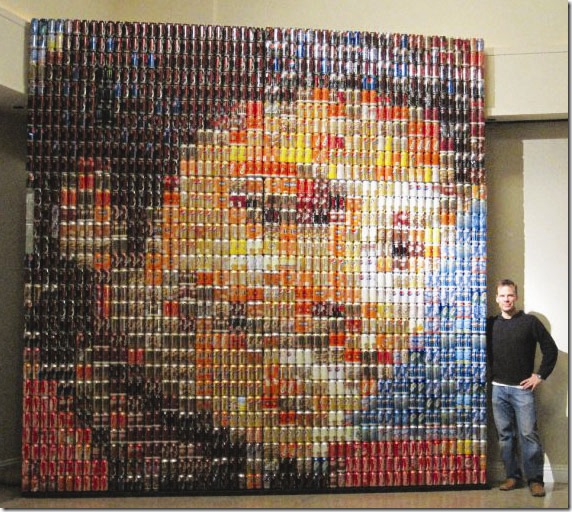 Posted by Steve Stenzel at 9:56 AM No comments:

Email ThisBlogThis!Share to TwitterShare to FacebookShare to Pinterest
Labels: Funny

I opened this yesterday on my birthday: 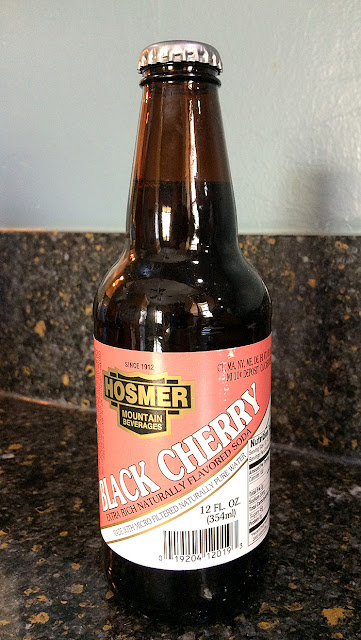 Review: This was OK, but not amazing. It had a decent flavor, and ALMOST verged on "black cherry CREAM." Nothing exciting, but was decent. I'll rate it just barely above average.

Posted by Steve Stenzel at 10:19 AM No comments:

I cracked into this yesterday: 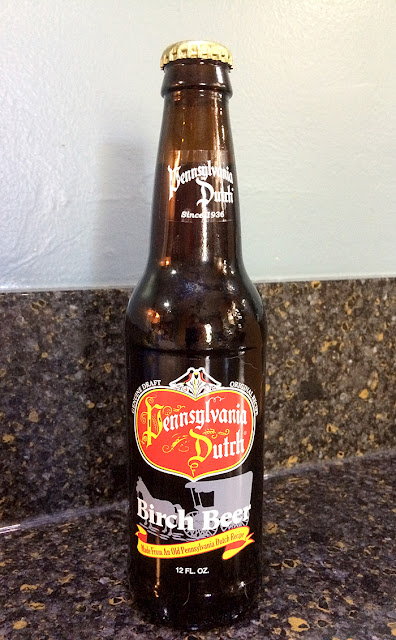 Review: I'm never quite sure how to describe a birch beer. Maybe like a "cleaner" or crisper root beer? I dunno. This one is easier to describe. First of all, it's good. Secondly, I'd describe the flavor as a mix between a deep cola mixed with a light root beer. This was REALLY good. It had some fruity undertones (like a good cola would have), but then a slight herbiness like a root beer. I enjoyed this a lot. This one gets a pretty high score.

Posted by Steve Stenzel at 4:10 PM No comments:

I was getting some "specialty" ingredients for a recipe at Lunds last week, and I walked down the soda aisle and grabbed this: 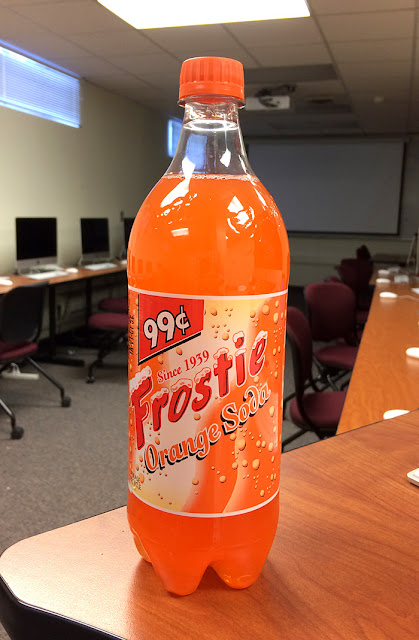 Review: The first sip was good, but then there was a "sharpness" that didn't belong in an orange soda. I didn't expect it to be "smooth," I just didn't expect it to have that strange bite. It wasn't TOO bad, but it wasn't that desirable. I'll give it a middle-of-the-road score.

Posted by Steve Stenzel at 7:43 PM No comments:

I recently finished my final 3 hard sodas from Total Wine:


Jack Daniel's Black Jack Cola: this was a nice mix of booze and soda for me. I like the flavor of hard liquor, but (almost every time) it's a bit much. This is a WAY toned-down version of Jack Daniel's that has a little carbonation and a cherry kick. This fella thinks thinks that's a great combo. Score: 8 out of 10.

Not Your Father's Hard Root Beer: I still don't like hard root beers. I just don't think that beer and root beer flavors go well together. It tastes like burnt root beer. I thought it was a bit better than Best Damn Hard Root Beer and that I'd give this like a 3 out of 10. Sure enough, I went back and looked at my review of Best Damn Root Beer, and I gave that a 2.5. So Not Your Father's is better, but I'm still FAR from being a fan of either. Score: 3 out of 10.

Best Damn Cherry Cola: this was the surprise of the group. I really REALLY didn't like Best Damn Root Beer when I tried that last year, and I expected this to yield similar results. But the slight beer-y flavor works much better with the cherry cola. It's a very "black cherry" cherry flavor that is really deep. And then the beer-y kick in the end isn't bad. If you like beer and cherry cola, then for sure give this a try! Score: 7 out of 10.


Sidenote: here's my review of my first 3 hard sodas from Total Wine.

Posted by Steve Stenzel at 4:35 PM No comments: