I bought a few bottles of Jic Jac soda when we first stopped at "Minnesota's Largest Candy Story" last month. The other night, I tried their Lemon Lime soda. 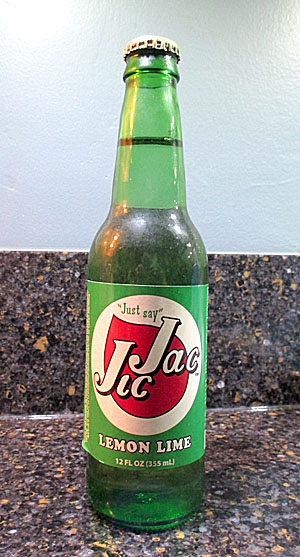 The logo looked old, so I looked up a bit of Jic Jac's history and where it fit into the "Lemon Lime Soda timeline." This is what I learned on Wikipedia:

Review: It was just OK. The Lemon Lime flavor was good, but it had a slightly harsh / chemical aftertaste that was undesirable. Sprite or 7-Up tastes better.