When I was with my family in Alexandria, MN, I stopped by the local grocery store. I came across a line of sodas called "J.C. Gray" and thought I'd try their root beer.

Review: This was pretty average. I was hoping for more. It reminds me a bit of FrosTop which I didn't care for a ton. It had a decent smooth vanilla flavor, but it was just too watered-down tasting.

Posted by Steve Stenzel at 9:31 PM No comments:

We recently got back from a family vacation on a lake in Alexandria, MN. When we packed for the trip, I made sure to bring a few sodas.  This was the first one I cracked into: 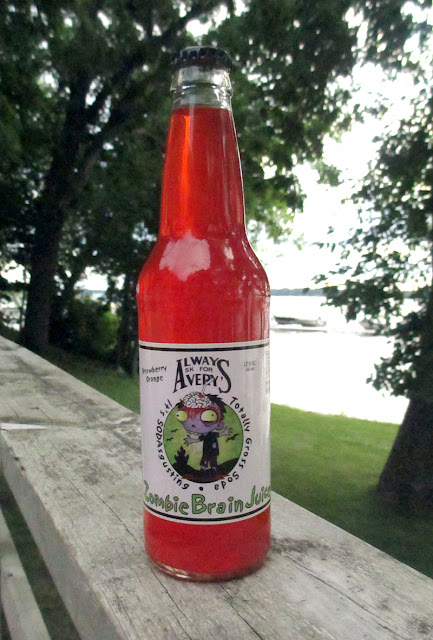 Review: The first sip was very "mandarin orange." My wife said it tasted like a sugary wine cooler (something I don't know a ton about). It didn't taste bad even though the bottle said "Totally Gross Soda - It's SODAsgusting." (Which is cute.) It was pretty sweet - even a bit for me, and I like sugary. But the flavor was alright.

Posted by Steve Stenzel at 2:09 PM No comments:

This label was pretty "la ti da." I didn't know what that would mean for it's taste. 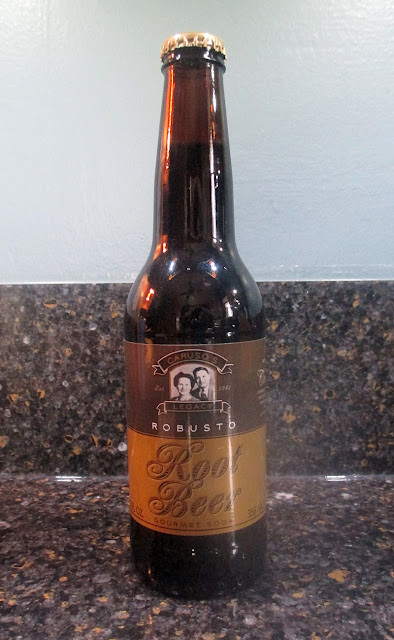 Review: Decent flavor. Crisp and clean. A pretty heavy carmel aftertaste that was a bit much for me. It was good overall, but nothing fantastic.

Posted by Steve Stenzel at 12:43 PM No comments:

I didn't know what a "Shandy" was until I looked it up. Was it a man named Randy who underwent sexual reassignment surgery to become Sandy but got stuck somewhere in the middle?

No, I found out it was not.

According to Wikipedia, a Shandy is "beer mixed with a soft drink, carbonated lemonade, ginger beer, ginger ale, or apple juice. The proportions of the two ingredients are adjusted to taste, usually half-and-half." 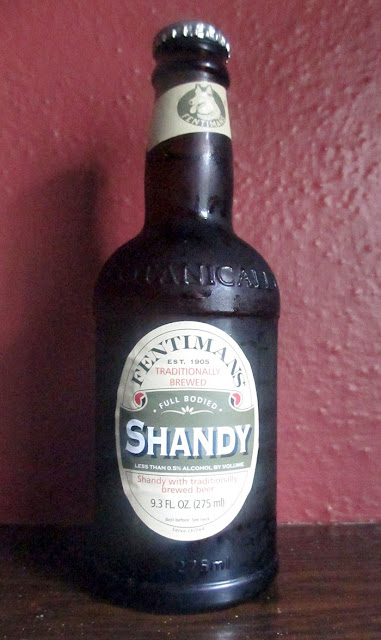 Fentimans Shandy is 70% de-alcoholized beer mixed with lemon juice. Sounds weird. How would it taste?

Posted by Steve Stenzel at 8:46 PM No comments:

I've been curious about birch beer, but until the other night, I hadn't tried it. I finally sat down with a bottle of Sioux City Birch Beer. I've had their Root Beer and their Sarsaparilla before, and they were pretty good. What would this be like? 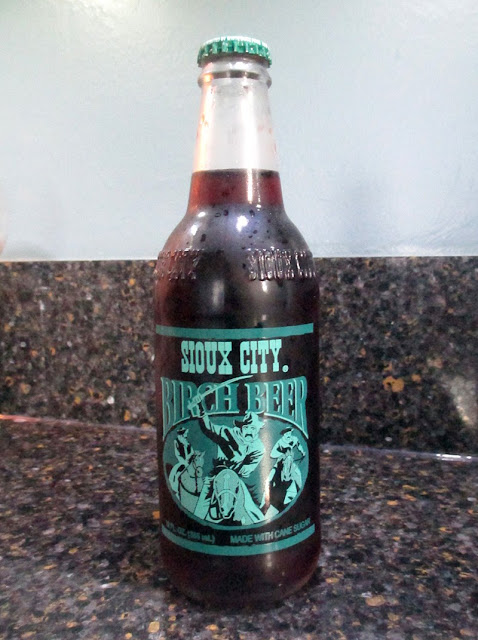 Review: I was really surprised by this. It was very tasty. The flavor was just a little different than root beer, and it was actually quite a bit better than Sioux City Root Beer. It's like root beer with a slight "berry" kick. I expected it to be earthier for some reason, but it was very good. If you like creamy yet sharp root beer, try this birch beer! Now excuse me while I go find some more birch beers to try out...

Posted by Steve Stenzel at 7:49 PM No comments:

A few days ago, I had a couple of big days and a few short nights back-to-back-to-back. I needed a little caffeine boost, so I figured it was a good time to try this: 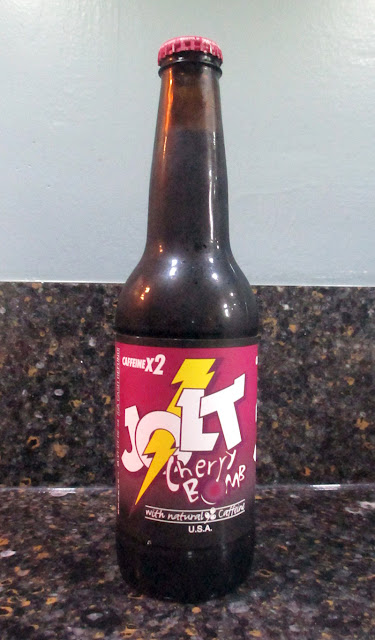 Review: The cherry flavor is pretty dark - it's not like Cherry Coke. And there was a subtle chocolate flavor that got stronger the longer I drank. I didn't care for the chocolate flavor - I'm one of those people against the "fruit and chocolate" flavor combination. If you like that combo, this might be worth a try. Personally, I'd give it a 4 out of 10, but because I know that many people would like this more than me, I'll bump it up to a 5. It's average. Interesting. A little different. And HIGHLY caffeinated!

Posted by Steve Stenzel at 7:42 AM No comments:

I had my first "Frostie" brand soda last month when I tried their Cherry Limeade (which was OK). For some reason, I didn't have high hopes when I grabbed their Root Beer the other day: 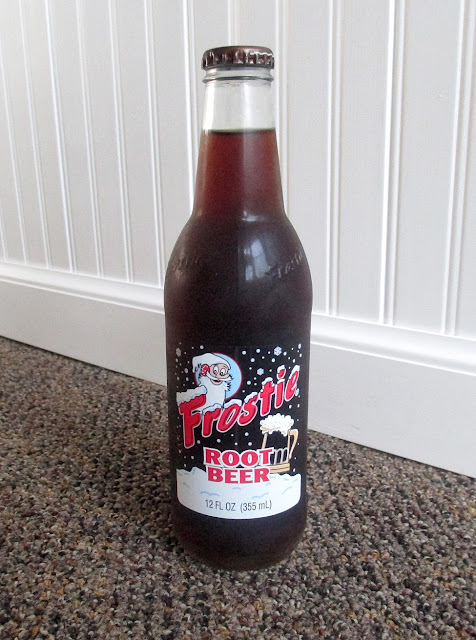 Review: The first sip was surprisingly good! Then it went downhill a bit, but not TOO far downhill. It had a decent root beer flavor, but that's what it tasted like: root beer FLAVOR. It tasted "flavored" and not "real" if that makes any sense. It's sort of like what I mentioned with Frostie's Cherry Limeade when I said part of it tasted "oddly artificial." I'm giving it a half-point lower score than the Cherry Limeade - it's not horrible, but could be a lot better.

Posted by Steve Stenzel at 9:33 AM No comments:

I've had this kind a few times in the past, but this is my first time having it since starting this blog. I've really liked most Spring Grove sodas. I was ready for this after a recent hot summer day. 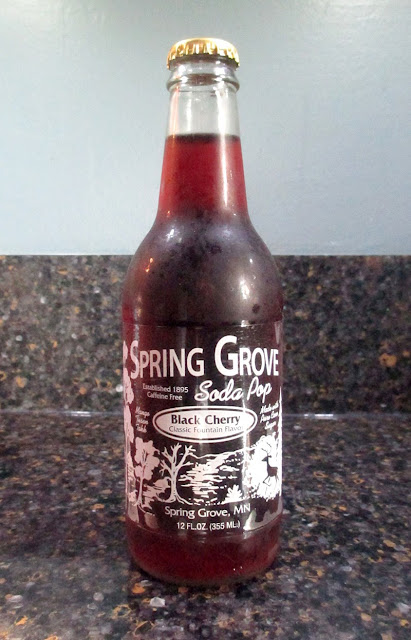 Review: This has a more "adult" flavored Black Cherry flavor. It's "deeper" and not as sugary as some some, and it emphasizes the BLACK in the Black Cherry a bit more - if that makes any sense. It's different, but pretty good. It's worth a try. (All Spring Grove sodas are!)

Posted by Steve Stenzel at 10:44 AM No comments: