Time for a creamy cream soda: 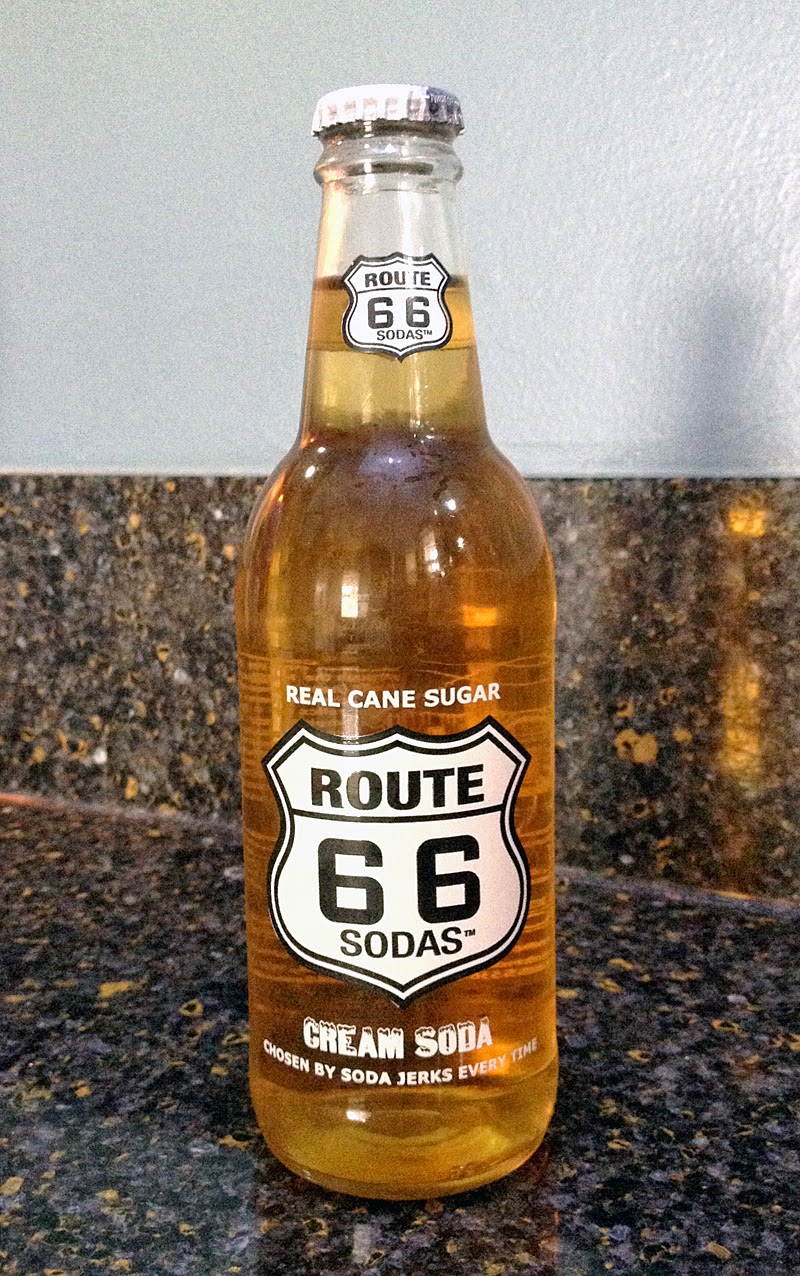 Review: I expect cream sodas to be smooth. This was not. It had a strange sharpness to it. It wasn't that good. The aftertaste was like cream soda, but the first part of each sip was harsh and not tasty. This was BY FAR my least favorite Route 66 soda to date. No thanks.

Posted by Steve Stenzel at 4:01 PM No comments:

Time for some Sarsaparilla: 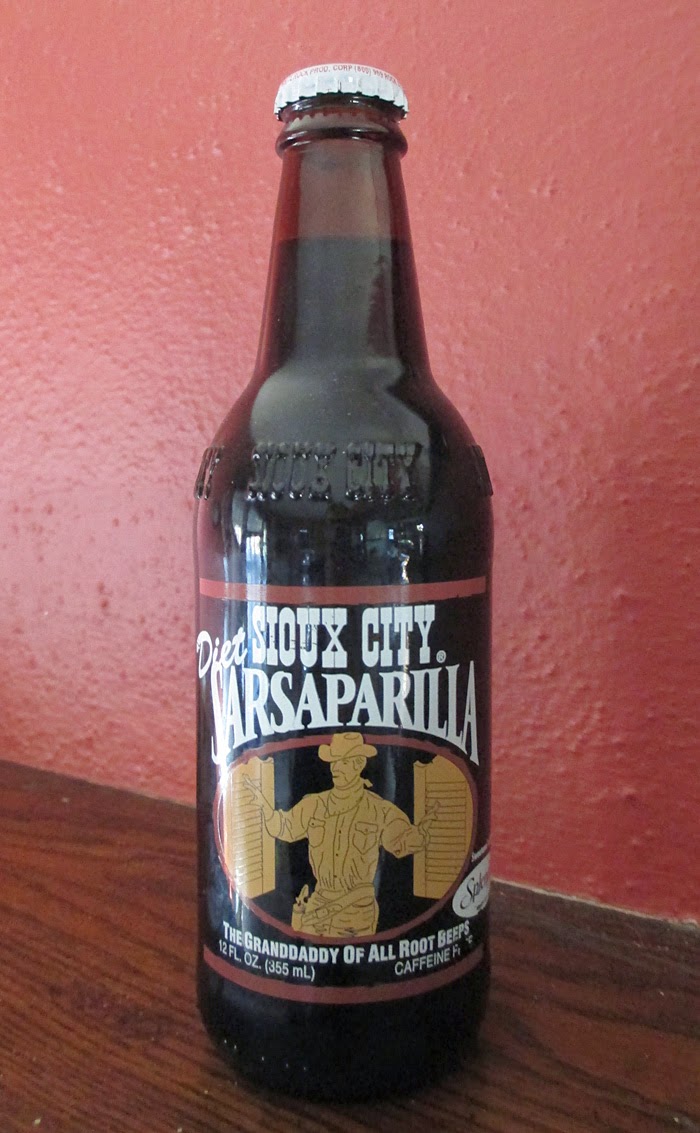 Review: Right away, I thought this was pretty good (for a diet). It was a little weak and watery like most diets, but it still had a nice smoothness and creaminess to it. There was a bit of an odd aftertaste, but it was good.

The weird thing is that it doesn't have that earthiness or extra bite of a sarsaparilla. It tastes pretty much just like a diet root beer. I would have never called this sarsaparilla. Maybe the "bite" of sarsaparilla can't be translated to a diet. I dunno. But still, overall, not bad.

Posted by Steve Stenzel at 10:07 AM No comments:

After a good weekend race with my son in the stroller, I wanted something refreshing. I grabbed this from my stash: 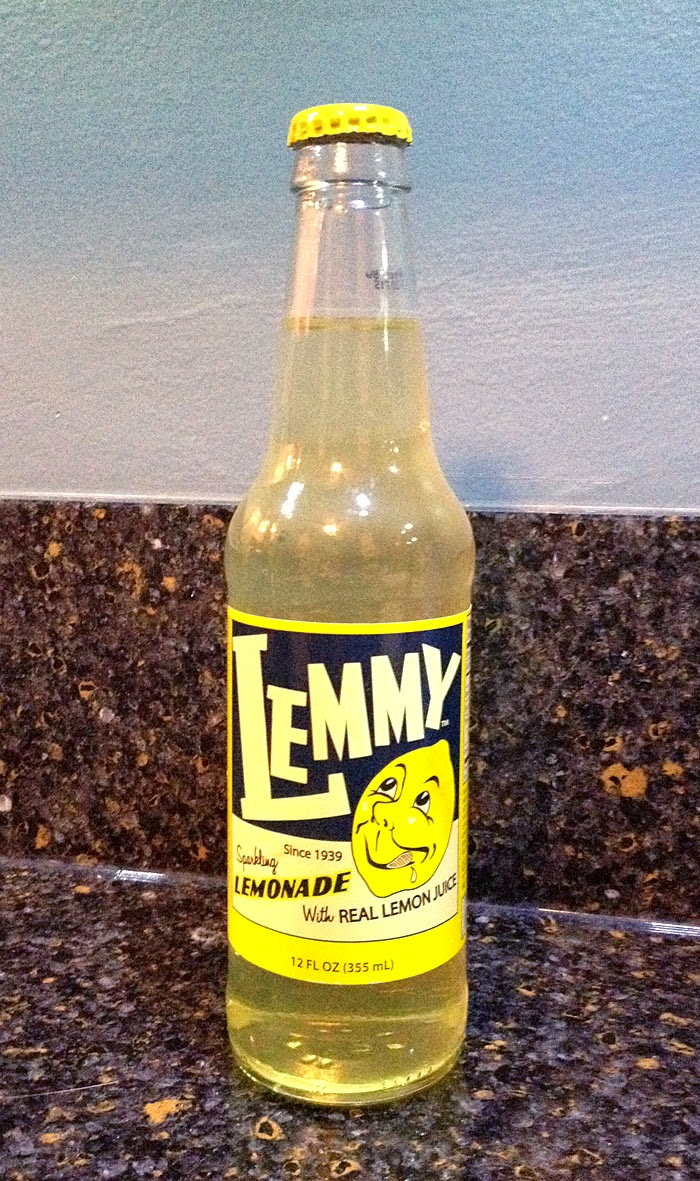 Review: You could have told me this was a "lemon sour" and I would have believed you. It was good. It wasn't too tart, and the carbonation wasn't too strong. It was a nice balance of "sweet" and "tart." I've never been a HUGE fan of lemon sours, so my personal taste keeps me from ranking this super high, but it was tasty.

Posted by Steve Stenzel at 11:49 AM No comments:

This was my first soda from my recent 48-bottle purchase at Minnesota's Largest Candy Store. I didn't pick this one out on purpose - I just reached into the case, and this is the one I got. 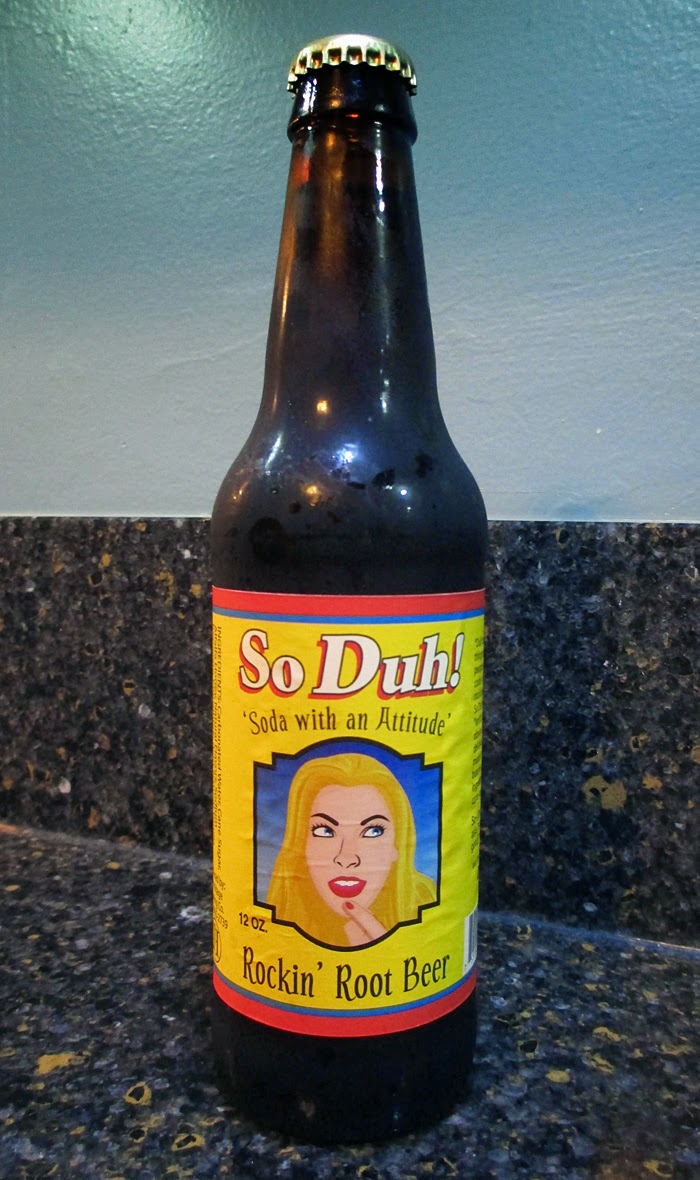 Posted by Steve Stenzel at 8:04 AM No comments:

Stocking up on Soda at Minnesota's Largest Candy Store

It seems like it's becoming an autumn tradition to stop at Minnesota's Largest Candy Store in Jordan, MN. Yesterday, my boys and I kept that tradition alive:


They have a major stock of soda.  As we were pulling in, their sign said they had 155 kinds of root beer:

In the end, I walked out with a couple of treats, and 2 cases of assorted soda. One case is all root beer or sarsaparilla, and the other case is totally random:

Of my 48 new sodas to try, 19 are root beer (1 of those is technically "root beer float" and 3 are diet), 7 are sarsaparilla, and then there's a random assortment of black cherry, lemon lime, etc. But 6 are rather "interesting..."


I've actually enjoyed the 2 Avery's sodas that I've had in the past, so the Dog Drool and Kittle Piddle might be decent. I couldn't pass up anything with Rowdy Roddy Piper on it, but I don't expect that to be good. And the Judge Wapner root beer says "I sentence you to drink my root beer" on the bottle. Nice.

I'll be back with reviews of these as I try them. I have a root beer in the fridge to try later today. Click HERE to see more photos of inside and outside of Minnesota's Largest Candy Store from our trip last year (and a cute 2-year-old Henry in the pumpkins).

Posted by Steve Stenzel at 1:29 PM No comments:

I just put in a paving stone patio in my backyard, so I've been out our local Menards a lot. I recently saw they installed a fridge with individual bottles of 16 oz Sprecher for $1.28, which is a pretty good price for bottled soda. 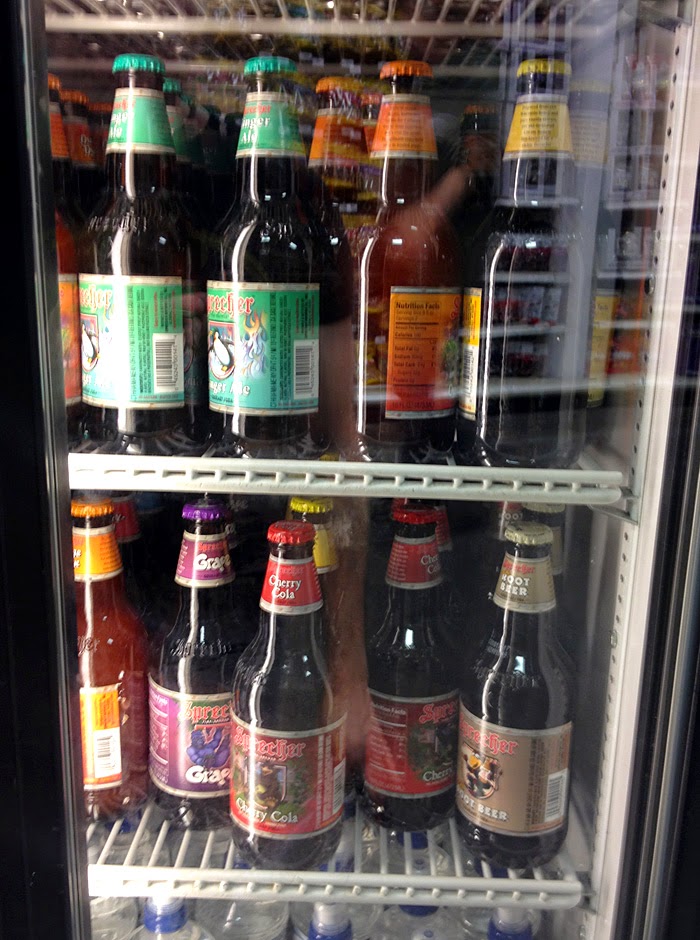 So I grabbed a Grape Sprecher to enjoy as I was loading bags of paver sand into my car in the lumberyard at Menards: 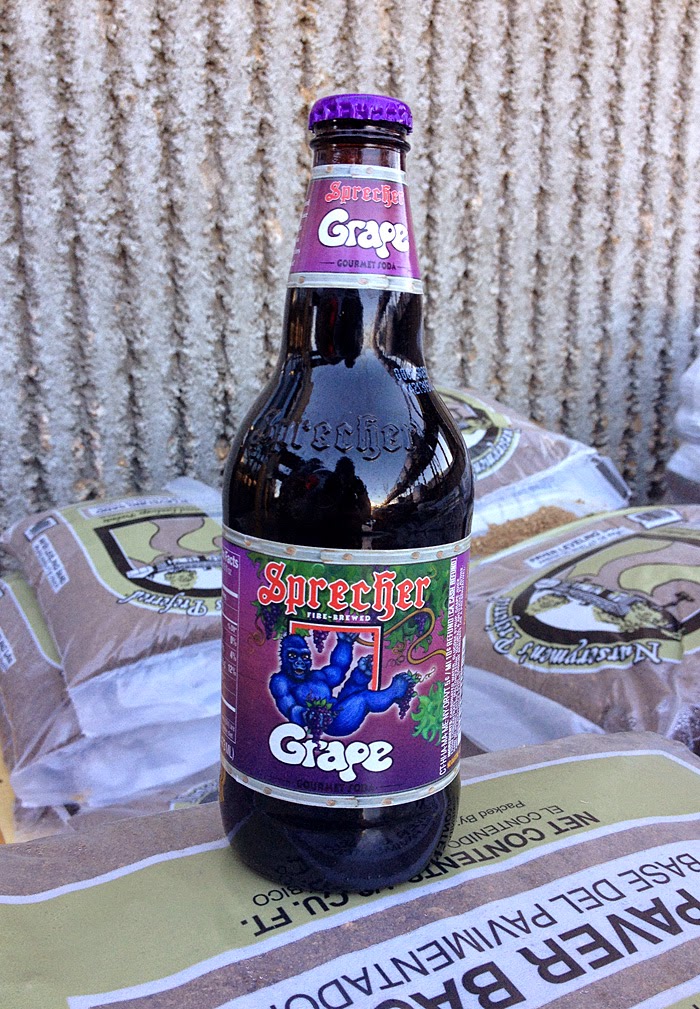 Review: This smelled great right away, but the flavor was just a little off. It had a sharpness to it that tasted extra artificial. It almost tasted like a liquid version of grape Bottlecaps (the candy). It wasn't good at first, then it started to taste a little better the farther I got into the bottle, but by the end I was a little sick of it. It had a nice sugary flavor, but too much of an artificial bite to make it that good.

Also, I wonder if the honey in here was a bad choice. I like honey as a sweetener, but it didn't seem to go well with the grape flavor. Just a thought.

Posted by Steve Stenzel at 12:08 PM No comments:

This label just drew me in: 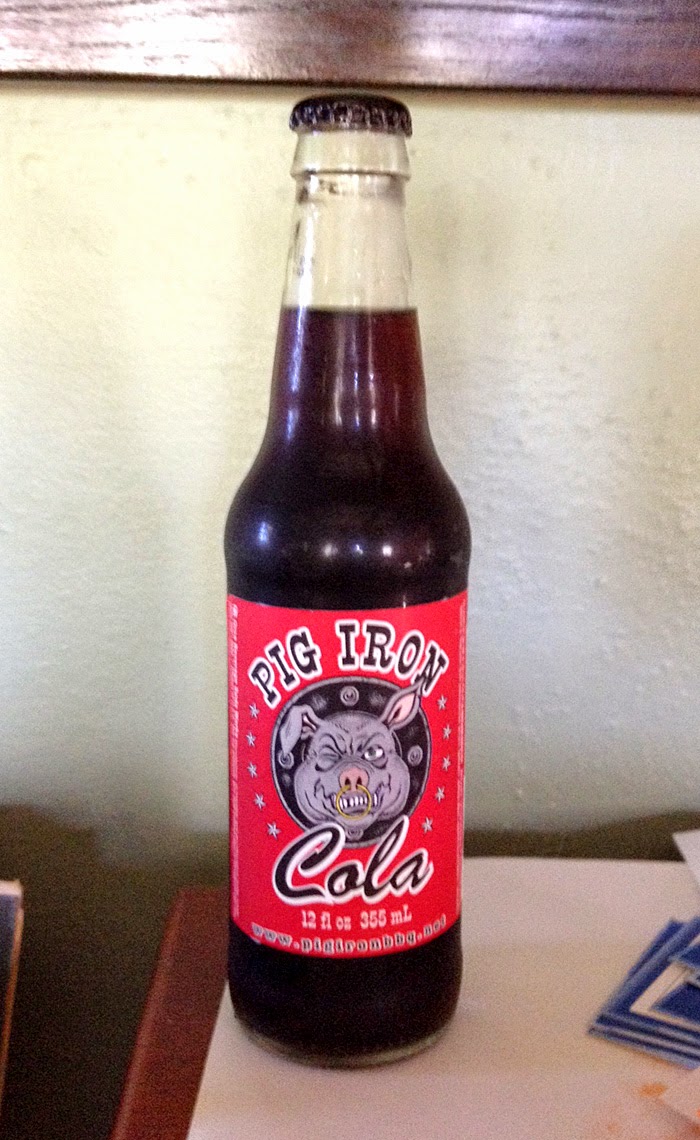 … and the fact that this was brewed by a BBQ joint.

Review: This was a strongly flavored cola. (What would you expect from something that had a pig with a bull ring in it's nose on the label?) It had a slight earthy/fruitiness to it as well. It reminded me a BIT of Jarritos or Double Cola. Good flavor, and a nice cola.

Posted by Steve Stenzel at 5:17 PM No comments:

This is made across the river in Minneapolis, and it donates a percentage to breast cancer research, so I was happy to try it. 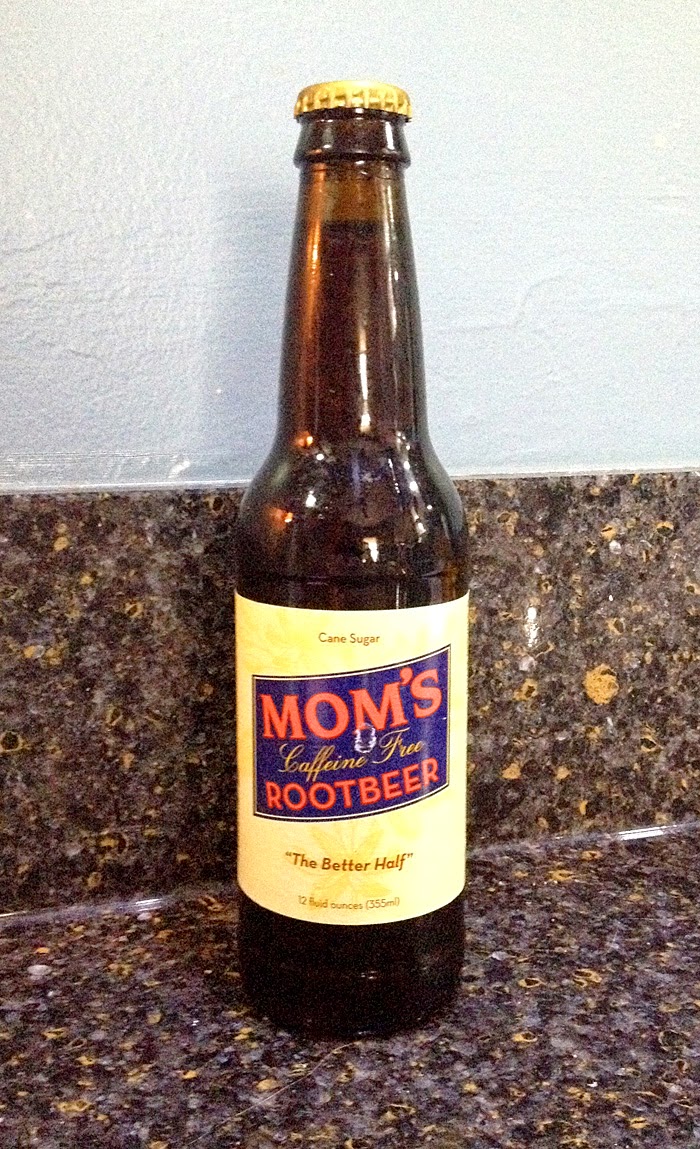 Review: This was weak and tasted "off." It wasn't good. The first sip tasted like water, and then it slowly starts to have a little root beer flavor. But it tastes a little unnatural (not that root beer is totally "natural") and chemical-like. Not great. Sorry Mom.

Posted by Steve Stenzel at 6:42 PM No comments:

Review of my final 5 ciders

I just finished my final 5 hard ciders from my Total Wine stash: 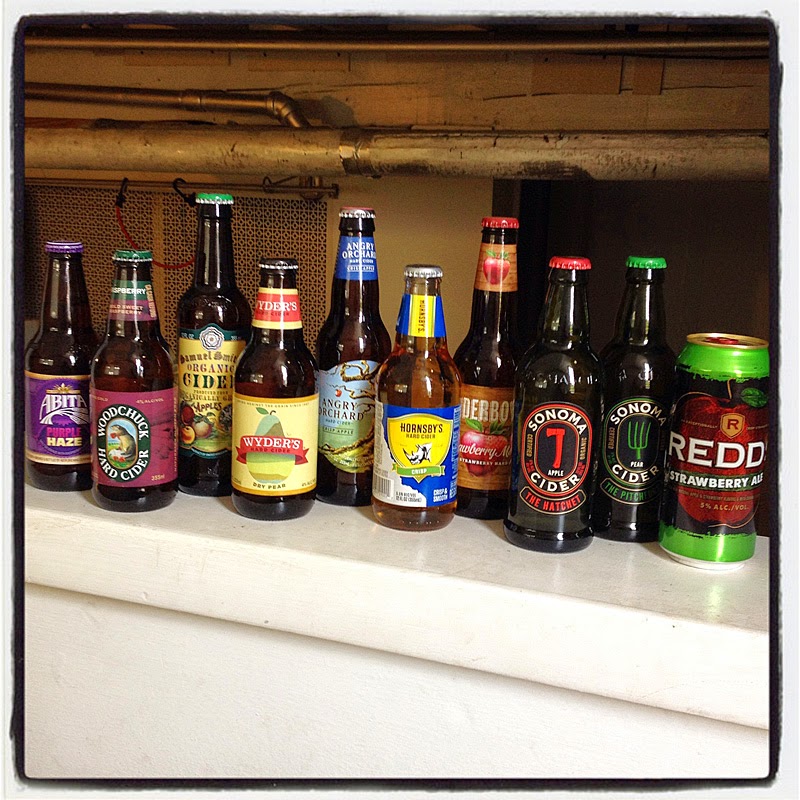 Angry Orchard Hard Cider: Crisp Apple ($1.79): This had a super fresh and super crisp flavor. It tasted like farm-fresh apple cider, and hardly tasted alcoholic at all. Pretty tasty, but just a bit too "sharp." Score: 7 out of 10.

Redd's Strawberry Apple Ale ($1.49): This one surprised me a bit. I wasn't sure I'd like this being it was an Ale, but it was just the slightest bit "beery" (malty). The strawberry was very tart and strong. Each sip lead with a strawberry flavor, and it tasted a bit beer-like at the end. Not bad. Score: 7 out of 10.

Hornsby's Crisp Apple Cider ($1.49): This had a slightly berry aftertaste that was pretty good. There was another strange (slightly off) flavor in there as well, but it was subtle. Otherwise it was a sweet apple cider. Score: 7.5 out of 10.

Sonoma Pear Cider: The Pitchfork ($2.99): A little drier than I would have liked, but not too bad. It had a little strange aftertaste, but it had a decent pear flavor. Not my favorite, but I could see how some would like it. Score: 6 out of 10.

So I didn't have too many that were great in this 5. I liked my first 2 that I had back in August best. I'd like to head back shortly and get a few more ciders.  Click here of my review of the first 5 ciders.

Posted by Steve Stenzel at 10:16 AM No comments: