This bottle looked a little "hippy," and it was the first USDA Organic root beer I've had. I didn't know if I'd like it... 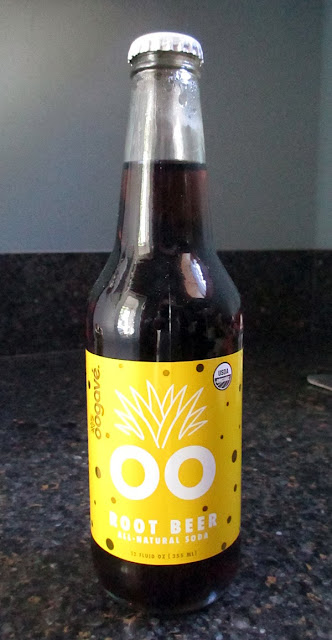 Review: I usually think of root beers as being someone on a "smooth" to "bite" scale. This was a little different - I wouldn't describe it as BITE, but I think I'd call it SHARP - maybe it was the agave nectar. It had a bit of a cola flavor, as if it were a mix between root beer and cola. It was interesting but not strange, so I'll give it a slightly better than average score.

Posted by Steve Stenzel at 4:31 PM