As I was doing a lot of cooking the other day, I pulled out a root beer from the basement fridge:

Review: This had that pretty classic "draft" taste (it BETTER have that - it was in the title). It had a lot of flavor - there was a strong taste of anise and wintergreen. It was good. If you like a "strongly" flavored root beer, then check this out.

Posted by Steve Stenzel at 9:42 AM No comments:

I took a gamble here... what flavor is "Cola Champagne?" 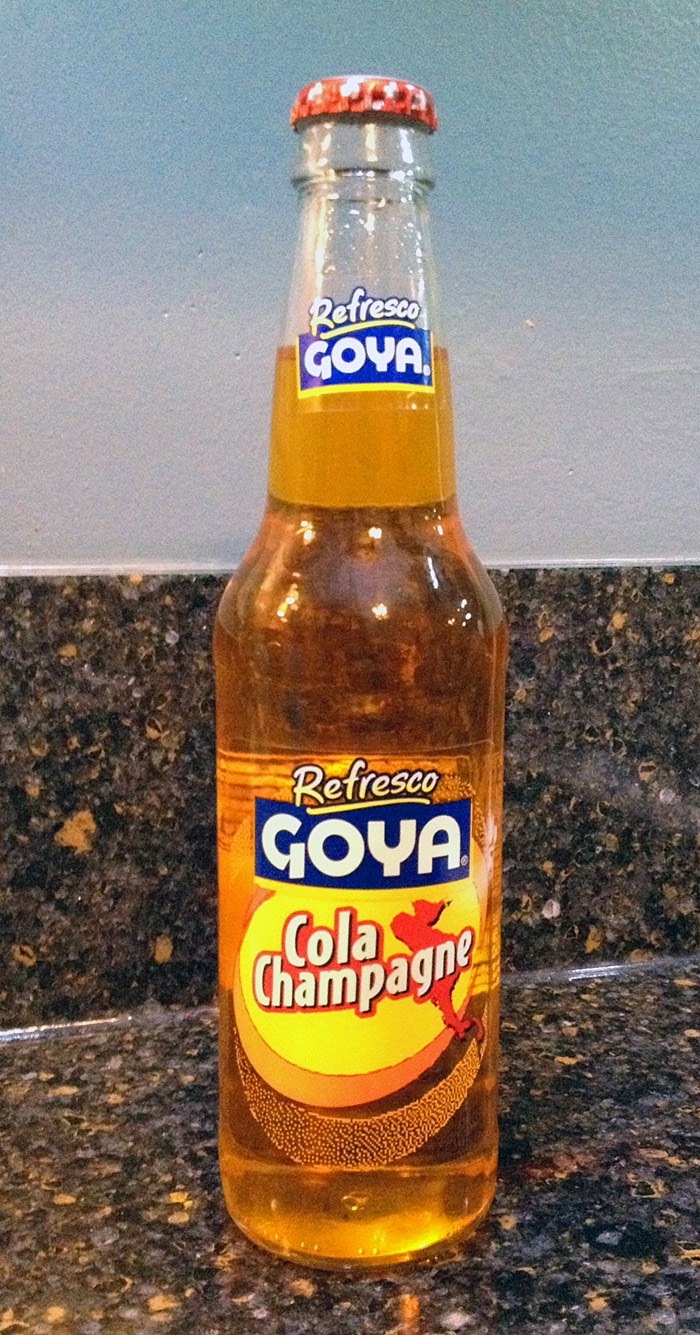 Review: So it turns out that "Cola Champagne" is much like a cream soda, but maybe a little heavier. There was no real "cola" flavor. It was pretty tasty - very sweet and pretty smooth. I was pleasantly surprised.

Posted by Steve Stenzel at 11:43 AM No comments:

I took another Root Beer to class to enjoy before teaching: 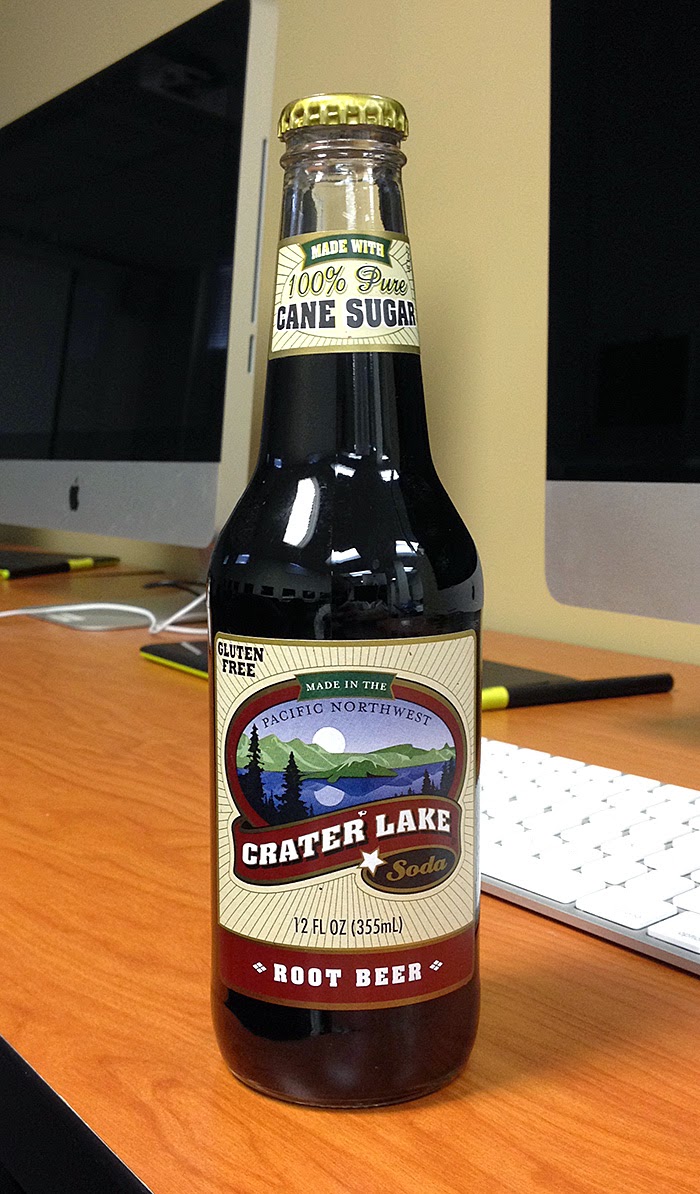 Review: A pretty "classic" root beer. This didn't have much bite, but it also wasn't super smooth, so I'd say it was pretty "middle of the road" in terms of root beers. It had a nice subtle wintergreen flavor, but it wasn't overpowering. Not the best ever, but sure not bad!

Posted by Steve Stenzel at 11:12 AM No comments:

What flavor is "red?" 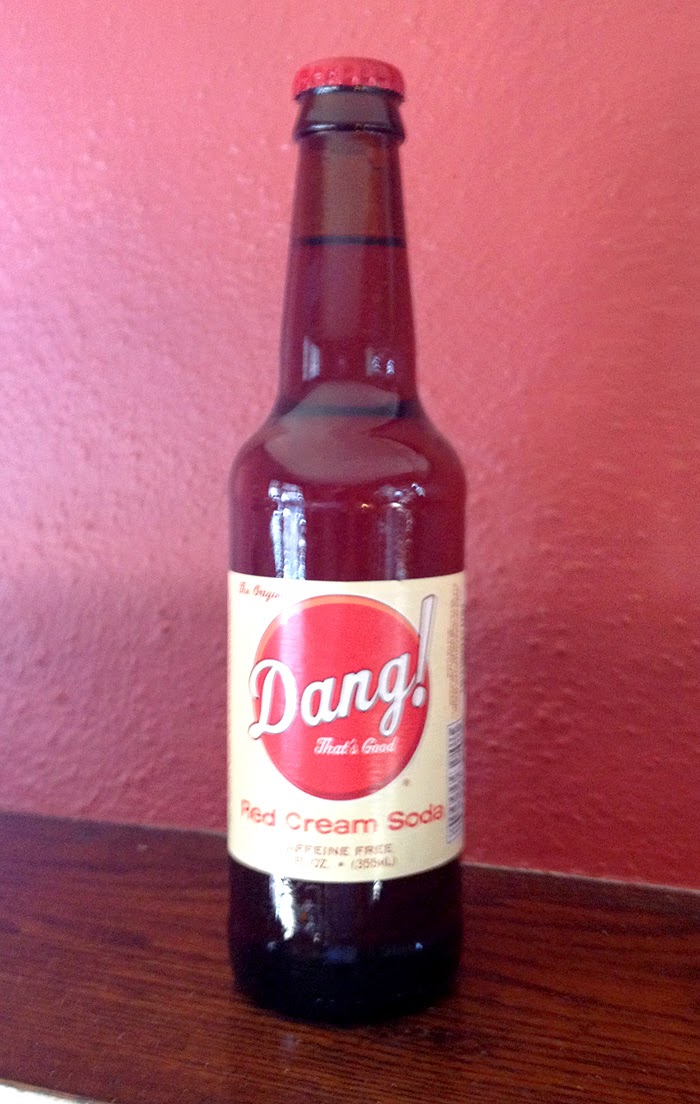 Review: The first sip (and the first smell) of this was pretty great. It tasted "red" and it was VERY creamy. The "red" flavor seemed to be mainly cherry, but there was a bit more (maybe strawberry too?) But then a very chemically tastes comes through that sort of ruins it all. I can't describe it very well, but it's pretty "sharp" and not good. It totally takes away from the initial part of the sip that tastes so good. It's good for the first 0.3 seconds, and bad for the rest of the drink. Dang.

Posted by Steve Stenzel at 8:57 PM No comments:

This root beer was for a good cause (to help shelter dogs), and I haven't had good luck with soda like that - usually they've let me down.

Review: This was a pretty subdued root beer. It wasn't very frothy or "heady" at all, and it didn't have too much flavor. The flavor that was there was decent (a bit earthy with just a hit of wintergreen), but there wasn't much of it. It was a little too dry as well. But it had a nice subtle bite. Different, not bad, but not great.

Posted by Steve Stenzel at 11:13 AM No comments:

What Soda is Your State Known For?

Thrillist put together a map of "THE ICONIC SOFT DRINK OF EVERY STATE IN AMERICA."


Locally, Minnesota is known for Sun Drop, although I've NEVER TRIED THAT! I guess I need to ASAP. The article says "This citrus soda may've been introduced in Missouri, but it's got a strong foothold in Minnesota and the upper Midwest."

Our next door neighbor Wisconsin has a good one. They are best know for Sprecher Root Beer. The article states "Sprecher is a pretty standard brewery in that it makes beer, but it's a little more well known for its sodas -- particularly its root beer, which has Wisconsinites foaming at the mouth in more ways than one."

Both North Dakota and South Dakota to our west are just labeled with good ole' Coca Cola. The only reason they were given Coke is that they couldn't find anything else for the Dakotas. Dang. Must be a dull place. (News flash: I've been out there. It IS dull.)

Finally, our enemy neighbor to the south Iowa is best know for Sioux City Sarsaparilla, noting that it's named after Sioux City Iowa. They say that it's "widely regarded as one of the best sarsaparillas out there and was even mentioned in 'The Big Lebowski.' Damn, dude."


Here's my review of Sprecher Root Beer from this past spring, and my review of Sioux City Sarsaparilla from my Vegas trip nearly 2 years ago. And now I need to go find a bottle of Sun Drop so I can still be considered a true Minnesotan…

Posted by Steve Stenzel at 1:30 PM No comments:

Earlier today, I was in the mood for something a bit fruity. 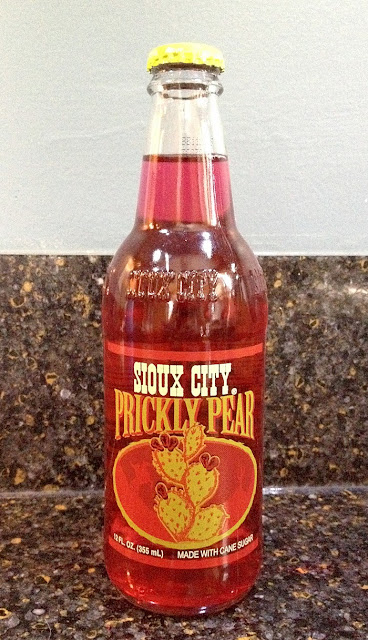 Review: It pretty much nailed the "prickly pear" flavor, but it just wasn't for me. It was very sweet, but it was a SHARP sweetness that did not go down well. I think this is just part of the prickly pear flavor, but I wanted it to be a little drier or a little smoother. It wasn't bad, just not for me.

Posted by Steve Stenzel at 12:15 PM No comments:

I was excited to try this. Too bad it sucked.

Review: This was not good. It had the slightest bit of grapefruit and pineapple flavor (maybe), but otherwise it just tasted like wet, carbonated cardboard. I was not impressed, and I didn't even bother to drink half of it. No thanks.

Posted by Steve Stenzel at 1:46 PM No comments:

This label caught my eye with it's bucking steer: 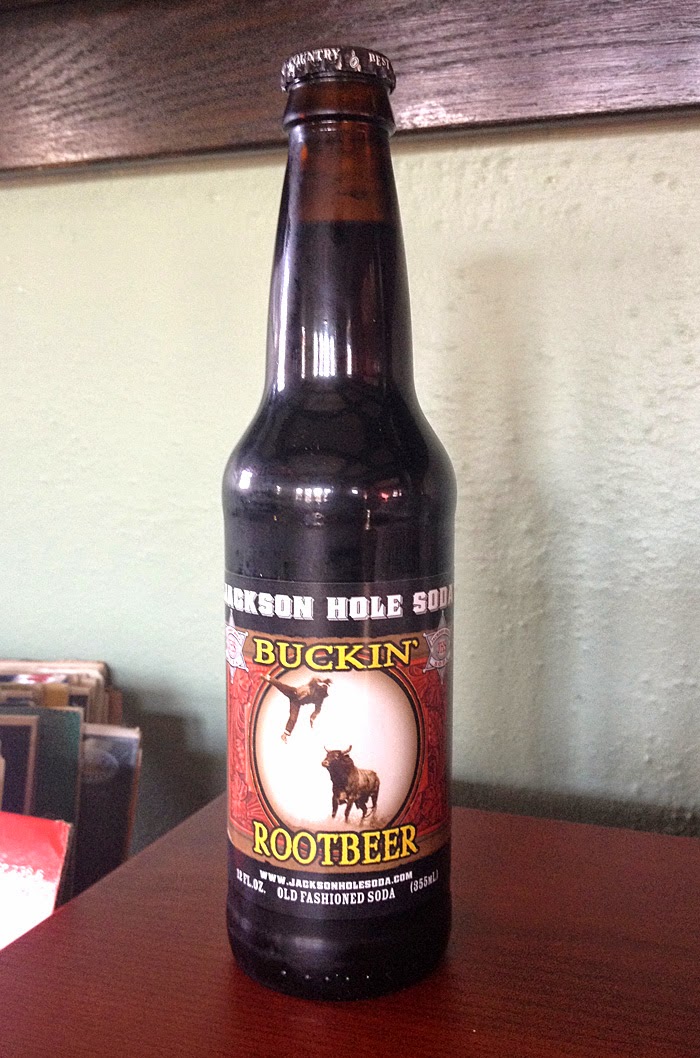 Review: This was pretty great from the first sip. (I didn't know what I'd think of a soda call "Buckin' Root Beer.) This wasn't too smooth, and it was heavy on the wintergreen flavor. It had a relatively classic taste, but with about 10x the wintergreen. It was just a bit creamy, but not too much. If you're a fan of root beers that are strong on the wintergreen, check this out! It was one of the better root beers I've had lately.

Posted by Steve Stenzel at 2:37 PM No comments: