The bottle said "cinnamon vanilla ginger flavored," and I just had to try it.  I grabbed a bottle of Gale's Root Beer: 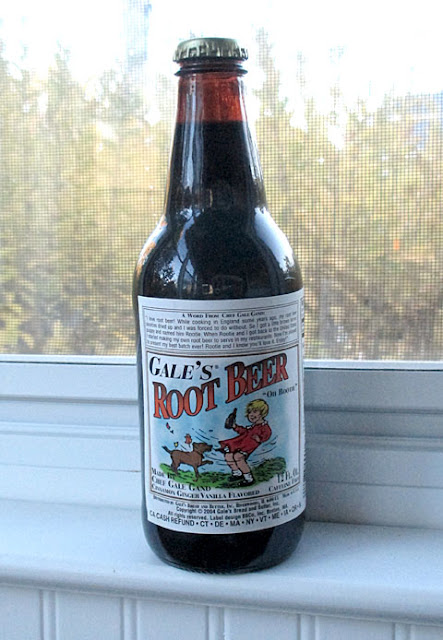 I found Gale's website, but it didn't have much on her root beer.  Then I found a Facebook page that showed this photo of the ginger and cinnamon all ready to infuse a batch of root beer: 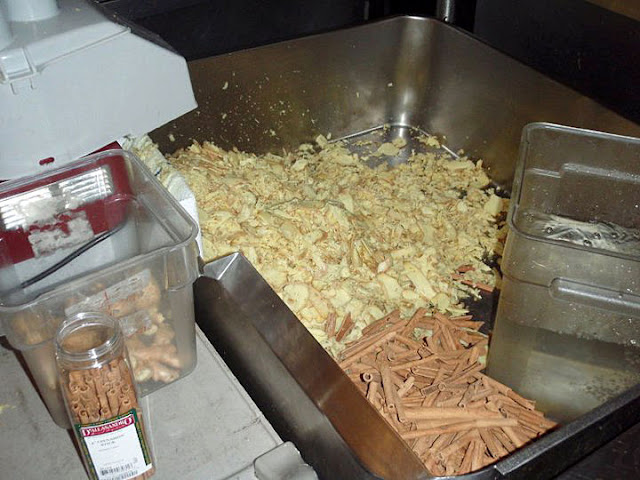 The flavors come in waves, not all at once. When you first take a sip, the initial taste is a pretty normal, smooth, vanilla flavored root beer. Then the cinnamon hits you - it's not "red hot" cinnamon, but it's more of a Christmasy "cinnamon spice" flavor. As you're done sipping is when you finally notice the bite of ginger.

Review: This is unlike your "normal" root beer.  The bottle says "cinnamon vanilla ginger flavored," and that's what you get. The flavor is noticeably different, but it's not too strong. This is the first "differently flavored" root beer that I've had that I have NOT hated. If you're looking for good ole' root beer, this might not be for you. But if you're looking for something a little different and you like just a little tang, check out Gale's Root Beer.