I was looking for a root beer in my stash yesterday, but I first grabbed this and thought I'd give it a try: 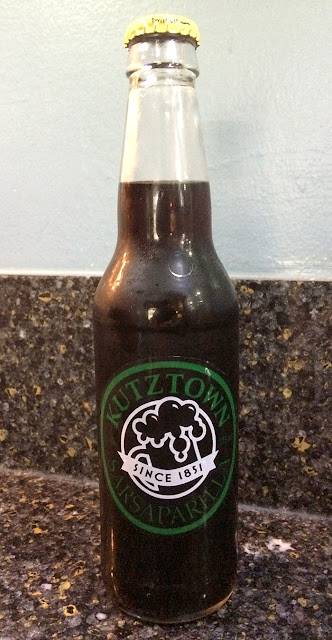 Review: This smelled great as soon as I popped the top. It tasted good too: it had average depth, and a nice bite at the end of each sip. It was a bit herby without being too much. It almost had a bit of a fruity taste, but again, that wasn't too much. Quite a decent soda!


p.s. I didn't realize until after I had written this all up that I had tried this last month, only it had a different label. I thought this one was better (last month's was rated a "5"), but it could be that this is a newer bottle and the other one was getting a bit old. Note to self: finish up the few sodas left from MN Largest Candy Store from last year before continuing on to my Blue Sun Soda stash.

Posted by Steve Stenzel at 5:38 PM No comments: 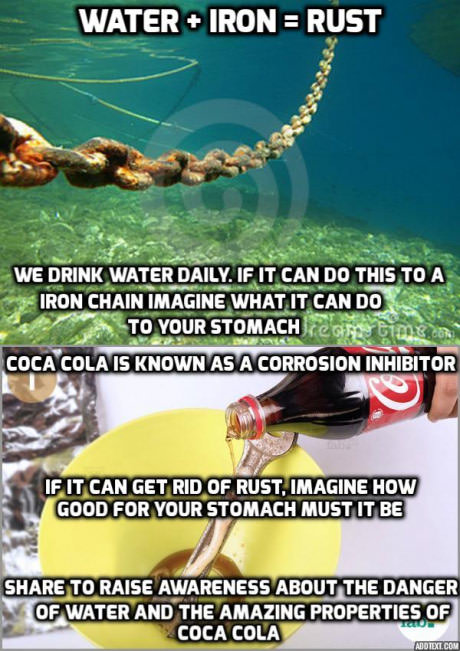 The logic is sound.  Down with water.

Posted by Steve Stenzel at 4:40 PM No comments: 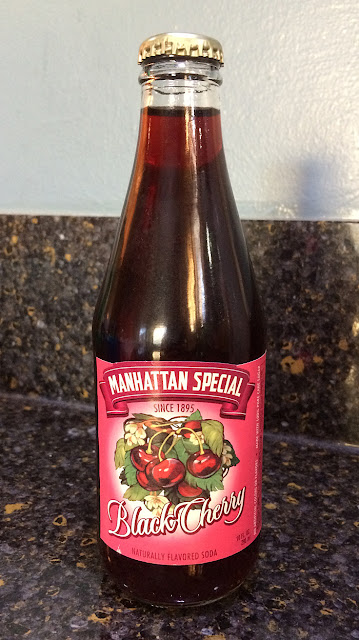 Review: This had a very "adult" taste. It was not overly sugary or syrupy. It had a deep flavor, and then I noticed that "black cherry concentrate" was the 3rd ingredient (and "grape skin extract" was 4th, which makes this soda sound a little like a serial killer). Overall, it could have used a bit more sweetness. The taste was just a bit harsh. Even though this was a small bottle, I didn't/couldn't finish it all.

Posted by Steve Stenzel at 9:35 PM No comments:

This isn't really a review, but I just want to note that I tried "Live Kombucha: Revive Root Beer." 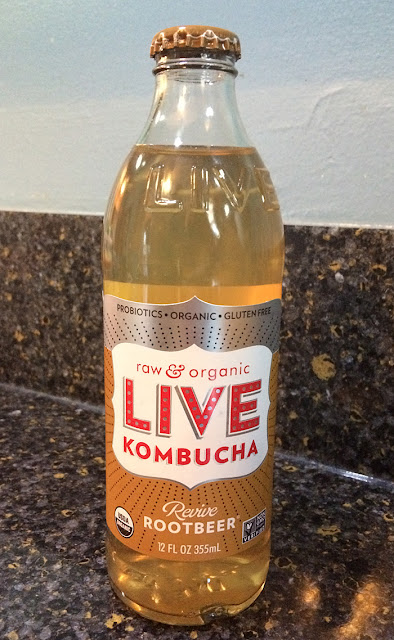 I'm not a kombucha fan at ALL. It has too much of a harsh bite for me. But my wife loves it, so I try some now-and-then. I got this for my wife, but then I noticed that it has Stevia in it, and she can always taste that and doesn't like it. So we just both tried a few sips before giving up on it.

Posted by Steve Stenzel at 3:28 PM No comments:

Last night, my wife took both boys to a movie. I cracked into this: 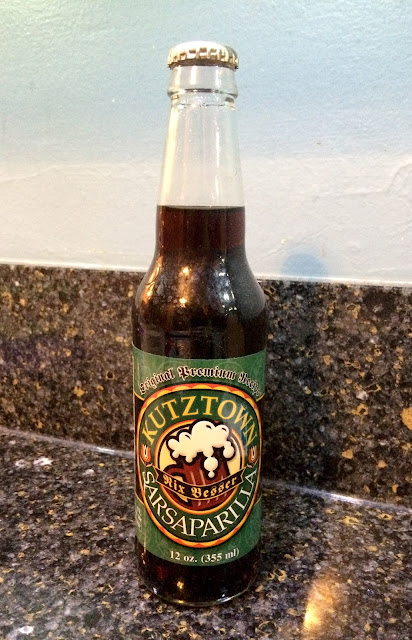 Review: This had a slightly berry/fruity hint to it which was nice. But other than that, it was just OK. It had a slightly bite that was OK, but nothing else stood out. Not bad. Not good. Giving it an average score.

Posted by Steve Stenzel at 9:37 AM No comments:

I've finished my first 3 hard sodas from my recent Total Wine trip (where I picked up 6 total). I'll do 2 sets of mini reviews, so here's the first:

Sprecher Hard Root Beer: I think this was a touch better than "Best Damn Root Beer," but not by much. The maltiness mixed with the root beer makes it taste a little burnt. It smells good and has a creamy/vanilla aroma, but then it has a harsh aftertaste. Not the best (but as I've noted before, I'm not a beer fan).  Score: 3.5 out of 10.

White Claw Black Cherry Hard Seltzer: I didn't know what this was supposed to be: it's a hard seltzer (I expected "spiked water"), but it also noted on the can that it was "beer with natural flavors." But it was good. It had a slightly malty aftertaste, but it was not very "beery" at all. My wife had a few sips and noted something like "I could see myself sipping on one of these on a hot day!" The black cherry was quite sharp, but I sort of expected that with the carbonated water. I'll try other flavors of this over the summer! Score: 7.5 out of 10.

Seagram's Lemon 'N Lime: This reminded me a lot of Mike Hard Lemonade (pretty sugary and syrupy), but with more of a hint of lime and more of a slight malty beer-like aftertaste. Real sweet. Pretty good! Score: 8 out of 10.

Posted by Steve Stenzel at 4:26 PM No comments: 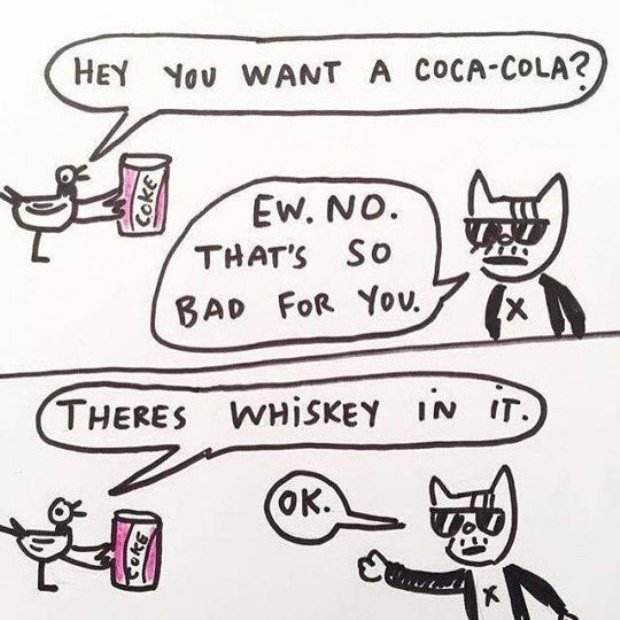 Posted by Steve Stenzel at 8:08 AM No comments:

I had to stop by the hardware store the other day, and I looked over their stash:


I picked this up while I was there: 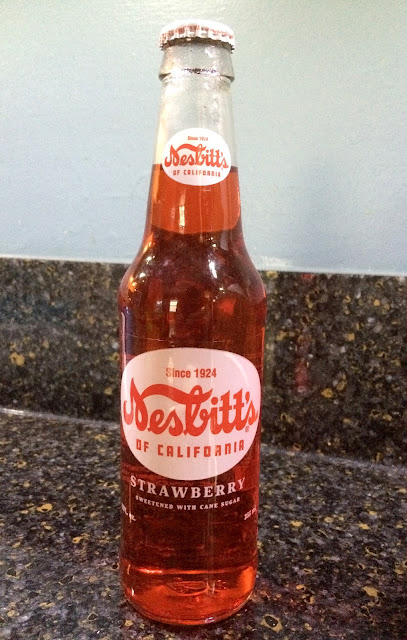 Review: I don't know what I was expecting, but I was a little disappointed that this tasted like strawberry candy and not like true strawberry. It was fine. Nothing special. A little bit "artificial" tasting, so I'll give it a just below average score.

Posted by Steve Stenzel at 12:38 PM No comments:

I was stuck at home with a sick kindergartener yesterday, so I cracked into this while he was resting: 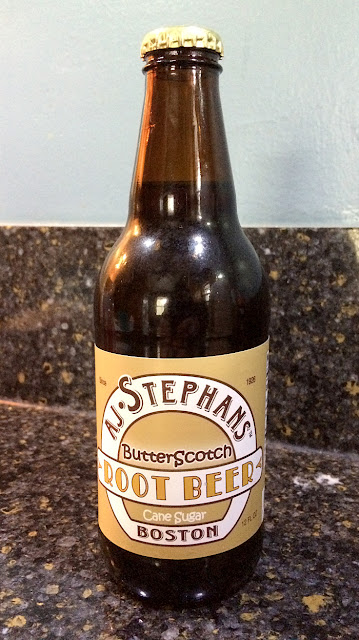 Review: This wasn't bad. It wasn't great, either, but it wasn't bad. The butterscotch flavor is nice and smooth, and that helps smooth out the root beer flavor too. Overall, it was quite creamy. I've never been a huge fan of butterscotch root beer, but if that sounds appealing to you, then check this out!

Posted by Steve Stenzel at 5:10 PM No comments:

My wife and I left our boys at Grandma's house after Christmas for a few days, so we got to run "adult" errands. We had to stop at Total Wine in Roseville so my wife could pick up some wine for a party, and I cruised the by-the-bottle hard cider section:

In the end, I walked out with these 6 to try: 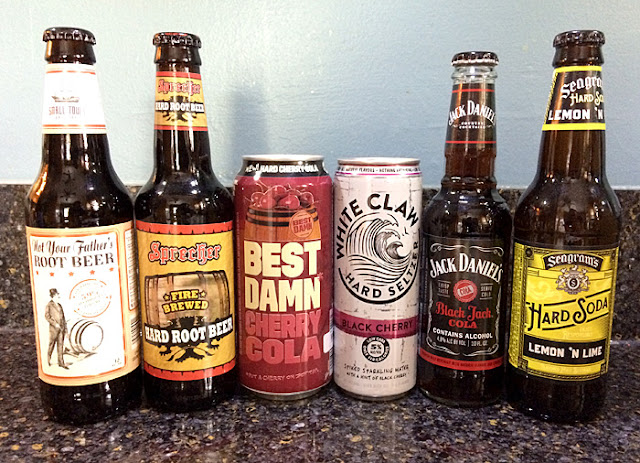 I heard a lot about "Not Your Father's Root Beer" in the past, so I'm excited to try it.  I didn't know that Sprecher made a hard root beer!  I tried (and did NOT care for) Best Damn Root Beer, so I'll see what I think of their cherry cola.  The "White Claw" is a hard sparkling water with black cherry.  And I have no preconceived opinion about the Jack Daniels Cola or the Seagram's Hard Lemon N' Lime.  I'll report back about these 6.

Here's a link to all of my posts tagged with "alcohol" so you can see my previous reviews of hard sodas and hard ciders.  And here's a post about my first trip to Total Wine to get some hard ciders with my little guy 2.5 years ago.

Posted by Steve Stenzel at 5:15 PM No comments: