A friend told me this was good. Well, he thought it was good but added "maybe because I had such low expectations." So it was time to try it: 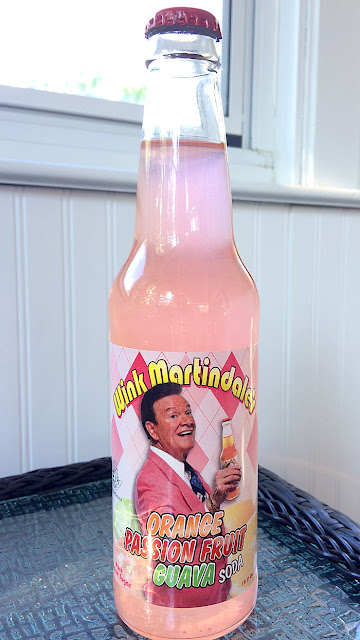 First, that's a crappy Photoshop job on the label to make it look like Wink is holding a bottle of his soda.

Review: I can't explain this flavor, but like my friend said, it's not bad. At first sip, it ALMOST tastes like a pink lemonade, but then there's a lot more depth to it. I can taste a subtle orange flavor, and I think I taste some guava at the end of each drink. If you like fruity and sweet sodas (that aren't OVER sweet), then check this out.

Posted by Steve Stenzel at 6:19 AM